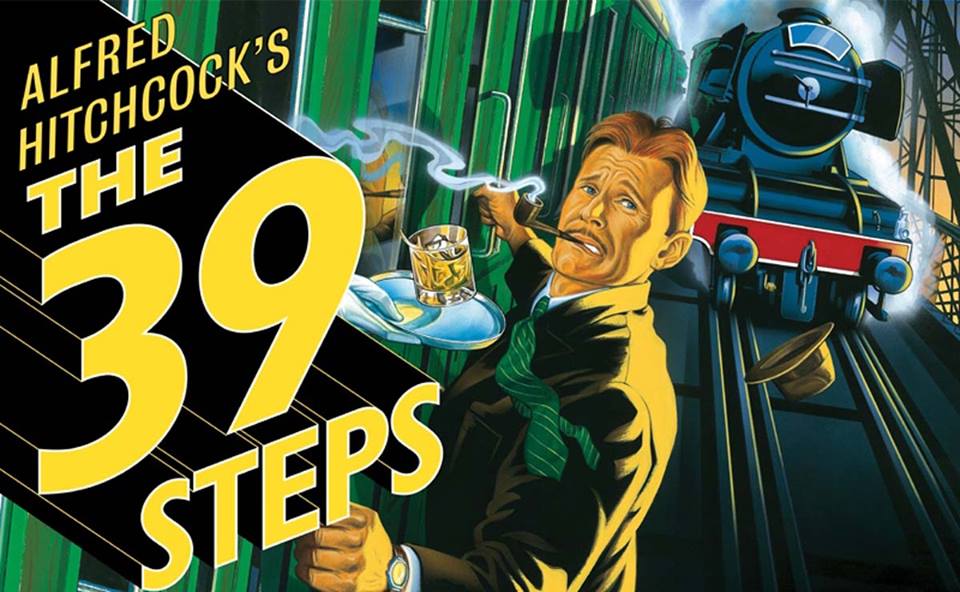 A madcap stage adaptation of the famed 1935 Alfred Hitchcock film (and John Buchnan novel) of the same title, 39 Steps trails unsuspecting Englishman Richard Hannay as he is inadvertently drawn into an elaborate plot by a dark and beautiful female spy. When the same woman is mysteriously murdered in Hannay’s apartment, he must flee the country in an attempt to save his own life from her diabolical pursuers. On the lam from both the pursuing authorities and a team of assassins sent to kill him before he discovers the meaning of the puzzling “39 Steps,” Hannay is met by an outrageous cast of characters, from suspicious Scotsmen to an evil professor to an innocent female companion (with a temper). A whirlwind adventure, 39 Steps pays homage to Hitchcock and the classic film mysteries with an unapologetic, tongue-in-cheek flair that has won over audiences on Broadway, London and around the world.