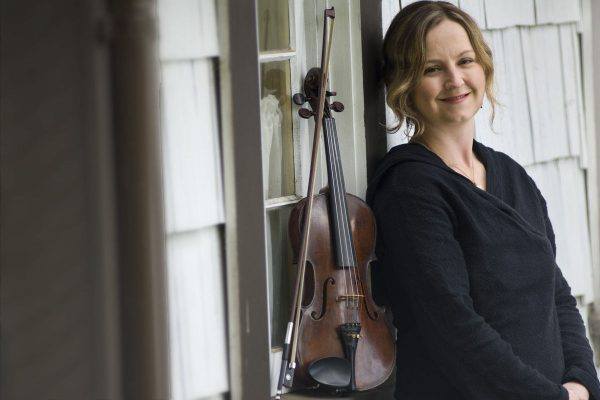 This workshop will delve into Appalachian style fiddling which is the living tradition found in Virginias, Carolinas and now all over the world. Secrets of bowing and other characteristics of old-time fiddling will be explored as well as getting that “old-time sound.” We’ll also talk about heritage players of the South and their style. Questions encouraged and tips will be offered to move you past playing blocks you have encountered so that playing the fiddle is easier, sounds better, and is more enjoyable. Please bring a recorder to class and your adventurous fiddling spirit!

About the teacher:
Erynn Marshall has carved out a niche for herself as an old-time fiddler in North America and abroad. She has played for thirty-five years, performed and taught at many music camps in the US, Canada and Europe. Erynn learned the nuances of old-time fiddling from visiting 80-95 year-old southern fiddlers and singers for many years. Her fieldwork culminated in the book, Music in the Air Somewhere about West Virginia fiddle and song traditions (WVU Press). Erynn has also appeared in three films, recorded a DVD and five CDs includingSweet Memories Never Leave – a 2015 duet release with Carl Jones. She has won many awards including first place in fiddle at “Clifftop” – The Appalachian Stringband Festival – in West Virginia (the first woman and person from outside the US to do so). Erynn lives in Galax, Virginia, tours with Carl Jones and the Bowbenders stringband.