Pickin’ With Presley at FCS 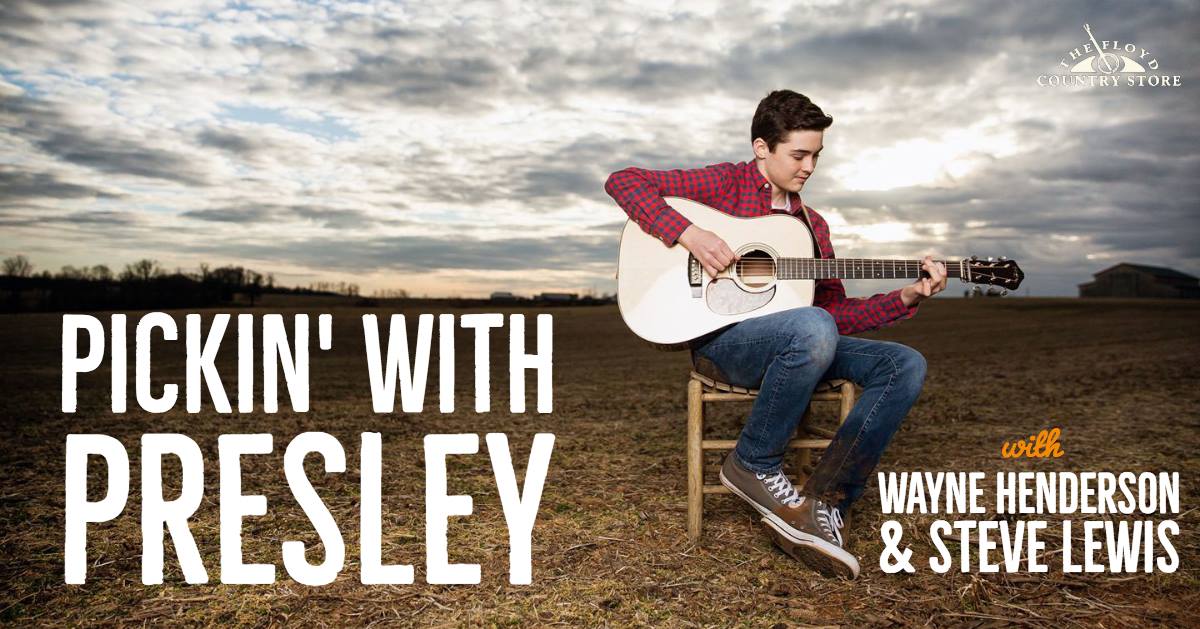 Join us at the Floyd Country Store on Saturday, October 20, 2018 for Pickin’ with Presley. The young and talented flat-picking guitarist, Presley Barker, will present a concert with his mentors Wayne Henderson and Steve Lewis. Tickets are $12 in advance, $15 at the door.

Living in the NC mountains and listening to Doc Watson on the radio inspired Presley to begin picking fiddle tunes and bluegrass music. He has been influenced and mentored by Steve Lewis, Wayne Henderson, and Bryan Sutton. He has quickly emerged as an astonishingly gifted flat-picker. In the summer of 2015, Presley won first place in the prestigious Adult Guitar Competition at the 80th Annual Galax Old Fiddler’s Convention and in the summer of 2016, he was named West Virginia State Flatpicking Guitar Champion. In 2017, Presley won the Wayne Henderson Guitar Competition. Presley released his first solo album entitled “JUST-TEN” in the fall of 2015.