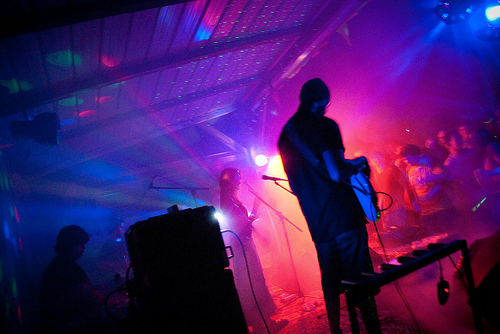 Groova Scape brings a fresh, powerful vibe to their bluesy shows, which are always packed with fun and surprises. World-class vocalist Brittany Sparks and veteran guitarist Henry Lazenby front this four-piece known for its startlingly good original tunes. Groova Scape has a super solid foundation provided by the spot on and exhilarating drumming of Matt Leonard and tight funky bass grooves provided by Jay Tuggle.
When Sparks turns loose those pipes, audiences sit up and take notice, then howl for more.

Another treat are the words of lyricist Marcus Morris, who has written a host of songs with Lazenby, including, “The Revolution”: “The sun catches fire in the eastern sky. You sailors be warned, for this tide will rise.”
“Those guys have written some truly great songs,” says longtime promoter and music scene guru Gary Jackson.
All of it adds up to a festival-tested band that is ready to move to the next level after six years and hundreds of shows worth of seasoning on the stages of Virginia, the Carolinas, Maryland and West Virginia.
The products of that experience are blues/rock arrangements that conjure up all sorts of jazzy, funky surprises. Groova simply knows how to find the groove every single night, and they’ll do it without assaulting your ears or insulting your intelligence.

In recent years, Groova has opened for top acts such as Dave Matthews’ sideman Tim Reynolds and TR3 (twice), for Zach Deputy; for EOTO; for RAQ, for Thievery Corporation, for Yo Mama’s Big Fat Booty Band, for the Bridge, for U-Melt, for Basshound and numerous others.
Based in the Blue Ridge Mountains of Virginia, Groova Scape has drawn a strong international following over the internet with especially heavy regular listenership in California, Texas, and North Carolina, plus the United Kingdom and France. The band has made numerous appearances on regional television and traveled to make appearances in the prestigious Crozet Music Festival in Charlottesville, Culturefest and Pink Moon festivals in West Virginia, and the Day-Glo Music Festival in North Carolina, among others.