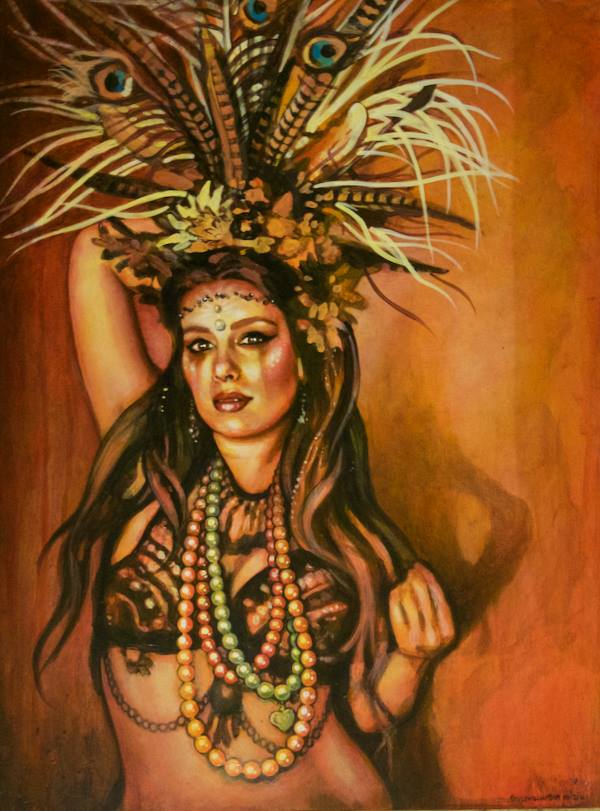 Be sure to mark February 25 on your calendars for the 8th Annual Tom Ryan Memorial Mardi Gras Costume Ball. Last year, this FUNdraiser for Blue Mountain School SOLD OUT, and this year, Sol Roots will be back performing with an even bigger lineup of special guests!

After selling out last year, Floyd Mardi Gras returns even bigger this year, with two stages, six live acts, a DJ, dance acts, an exclusive dinner, plus all the usual prizes, wild costumes, drink specials, auction, crowning, and the usual profusion of festivities that have made this FUNdraiser for Blue Mountain School such a jewel in Floyd’s party crown.

Music & Dance: After tearing the house down last year with three sensational hours of soul, funk, blues, and rock, Sol Roots returns with even more special guests than last year. Opening for him on the main stage are Jam Sandwich with their unique blend of music and mayhem, and Badunkafunk, who warmed the crowd up so well last year we simply had to invite them back. On the acoustic stage, in the WinterSun Store, will be the angelic Maggie Blankenship, Flirting with Chemicals (Barb Gillespie and Jeff Liverman) with their influences from the great creative consciousness, and John (The Maestro) Wilson with Johnny Sutherland knocking out acoustic guitar, folk, and blues. DJ Rahbee rounds out the night with a funkin’ dance party into the wee hours. Not only do we have more music, but we have more dance than ever before, with performances from Katie Wells Dance, Leia Jones, and Gyroscopic. MC Scott Smith returns too, loaded with his charismatic irreverence.

Dinner & Auction: This year Cast Iron & Co. are putting on an exclusive Mardi Gras-themed dinner prior to the show in the WinterSun Store. Get your tickets early through Blue Mountain School to avoid disappointment. Surrounding the dinner guests will be the very best local goods and services masquerading as the night’s silent auction items (each with a Buy Now price), which will be available for public viewing once the dinner is over.

Other fun stuff: Floyd Mardi Gras, as always, is filled with fun, festive treats. These include:
• Prizes, prizes, prizes! Mickey G’s is again offering Chef’s Choice for Two for the best costume, and plenty of other prizes will be announced through the night. We also have grab bags in the auction room–surprise yourself for just a few bucks!
• Blackjack returns in the auction room, for anyone wanting a bit of a flutter.
• Michael Keyes’ Photo Booth was a huge hit last year, so come again and get your Mardi Gras get-up photographed by a professional!
• The Crowning of Floyd’s Mardi Gras King and Queen. Who will the honors be bestowed upon this year? Nobody knows until the night itself!

Floyd Mardi Gras is an 18+ event