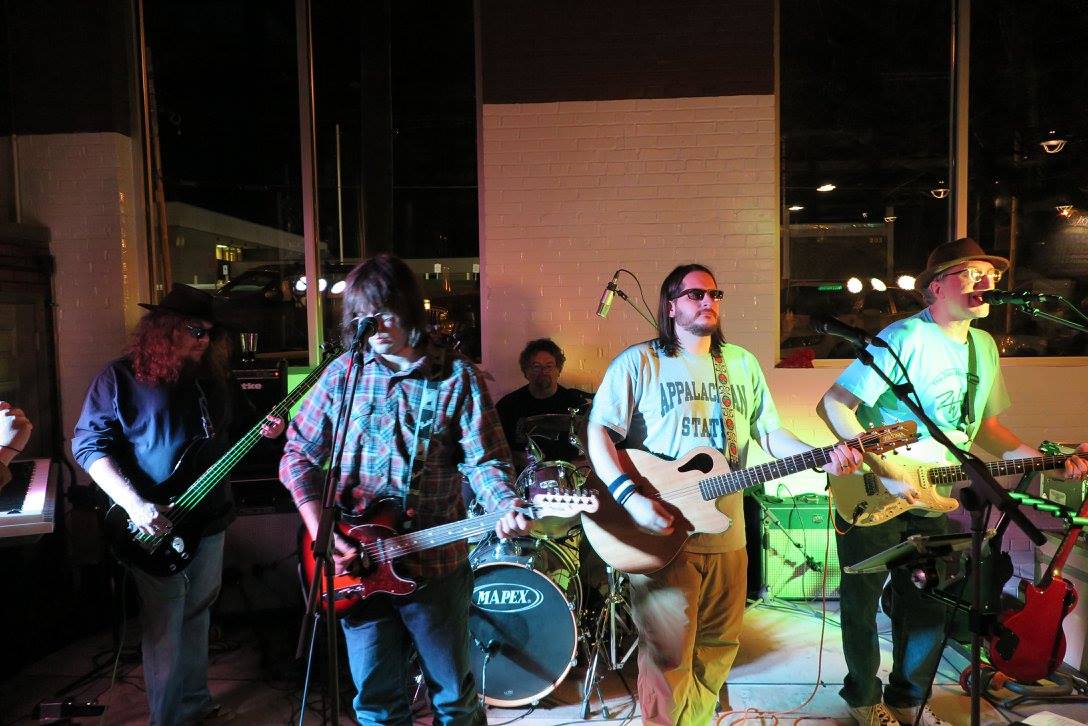 The Zuzu Welsh Band grew out of a need to perform the songs recorded for my debut solo CD, The Road Less Traveled. I hand-picked the folks who appeared on the CD with an eye towards the possibility of performing live, and chose as two of my sidemen drummer/percussionist Dana Koone and bassist Johnny Haisman, both bandmates in Pipapelli. They knew some of the material and I knew possessed the skills to learn the rest. I then reached out to Abbot Grivich, and offered him the chance to play second guitar in the band. I don’t use labels like “lead” and “rhythm”, as we both fill both of those roles to suit the song. The band played one short gig at Brevard College in early October and ironed out a couple rough spots and now we are moving out into the local/regional market to play. In January of 2015, the last piece of the puzzle came together when we asked Graeme Adams to join the band, and he accepted the invitation. Graeme steps in to take up most of the vocal load, and also brings some mad skills on saxophone.
In 1987, I formed Harlequin Jones with Tara Mohrmann, Beth Drehmel, and Jim Ericksen. We released one album, entitled “10,000 Shades of Blue”, of original acoustic rock. We developed a following, appearing at the Festival For the Eno a couple years in a row, and were a regular band at the Berkeley Cafe, Skylight Exchange, Fat Daddy’s, Columbia Street Coffeehouse, and 9th Street Bakery in Durham. We wrote enough material for another album but the band parted ways before that happened.