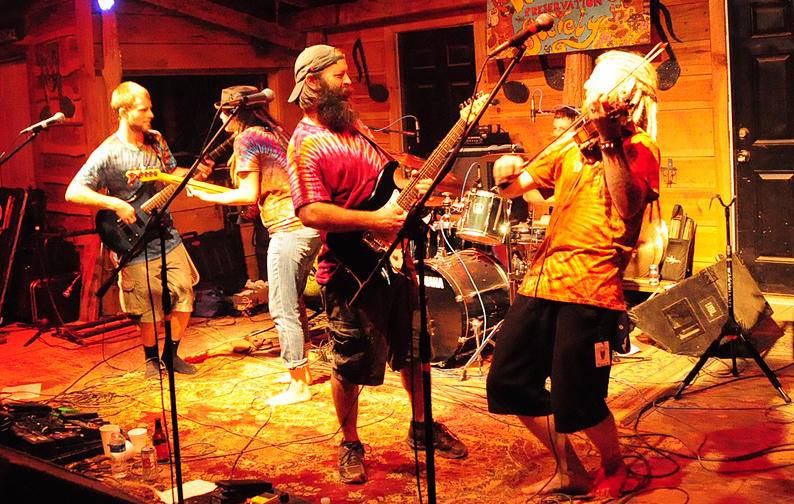 Hailing from the streets of downtown Raleigh, North Carolina, Urban Soil weaves Americana, rock and soul into their explosive live shows and tightly polished albums, Dig Deeper and Live from the Deepwoods, the latter featuring their highly anticipated single and subsequent video, “Gotta Go.” The track thoroughly displays the uncompromising energy that Urban Soil is consistent in delivering, and likewise exemplifies the band’s skillful-yet–visceral sound. They have the unique talent of displaying the energy of their live shows on to their studio recordings, resulting in an electrifying experience with every listen.

Influenced by early roots elements, Urban Soil uniquely fuses those sounds with a fresh take, delivering a blend of raw, nostalgic foundations with a modern and glistening slant. The band’s sound is very appealing to live audiences – in fact they won a close second place in the recent FloydfFest 16’s “On The Rise” series, as voted by the FloydFest fans.

Front-woman Sarah Reinke brings her old-soul vocals to the stage and studio with passionate style. Rounding out her talents on guitar and washboard, Reinke pulls you in instantly. Guitarist and vocalist, Eric Chesson delivers forceful and driving components with every lick, and offers steadfast vocals. Greg Meckley’s skillful violin and mandolin playing blends tight layers and bright sounds that solidify the band smoothly against driving guitars. Holding down the rhythm section, Gabe Fawcett and Jason Rehm provide a concrete foundation on drums and bass respectively.