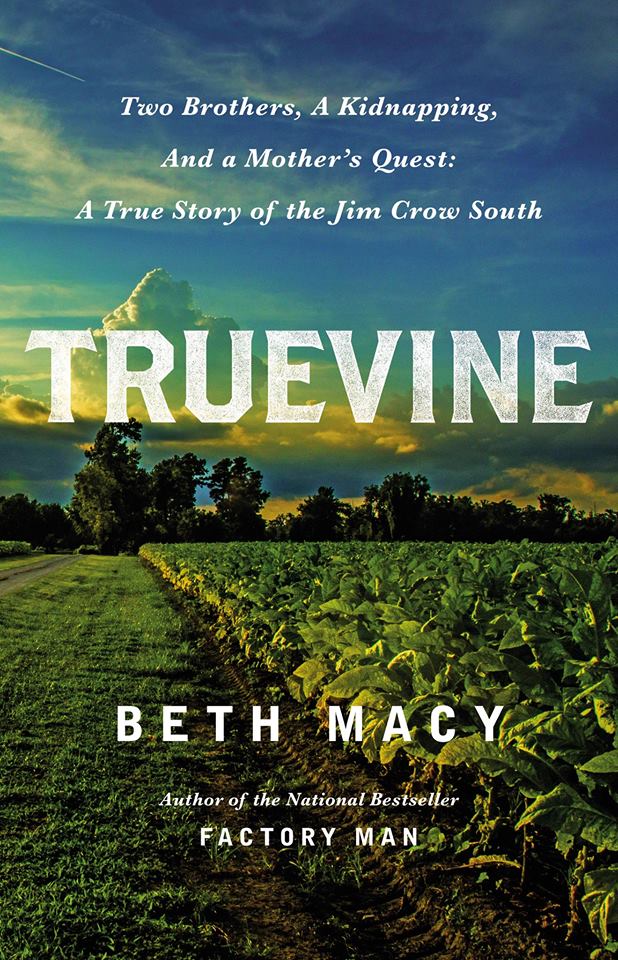 Bestselling Author to Speak at The Jacksonville Center for the Arts – Free and open to the public
Beth Macy, the best-selling author of “Furniture Man,” will return to the Jacksonville Center for the Arts Oct. 30 to speak about her new book “Truevine.” Her appearance last year brought out a standing-room-only crowd that overflowed an upstairs exhibit space. (hall?)
Her new book is receiving some rave reviews from pre-publication venues such as Kirkus Reviews: “A consummate chronicler of the American South spotlights the extraordinary history of two kidnapped African-American brothers” who performed for years as a circus sideshow act. George and Willie Muse were kidnapped as young boys and were used as sideshow headliners until their mother eventually discovered and rescued them.
This is a story that Macy, as a feature writer for The Roanoke Times, wrote about in a series in 2001. But it took years of research and digging to bring out the remarkable details of the Muse brothers and their mother. The sub-title gives the flavor of the book: “ Two Brothers, a Kidnapping, and a Mother’s Quest: A True Story of the Jim Crow South.”
Macy will speak and sign books Sunday, Oct. 30 at 3 pm at the Jacksonville Center for the Arts.