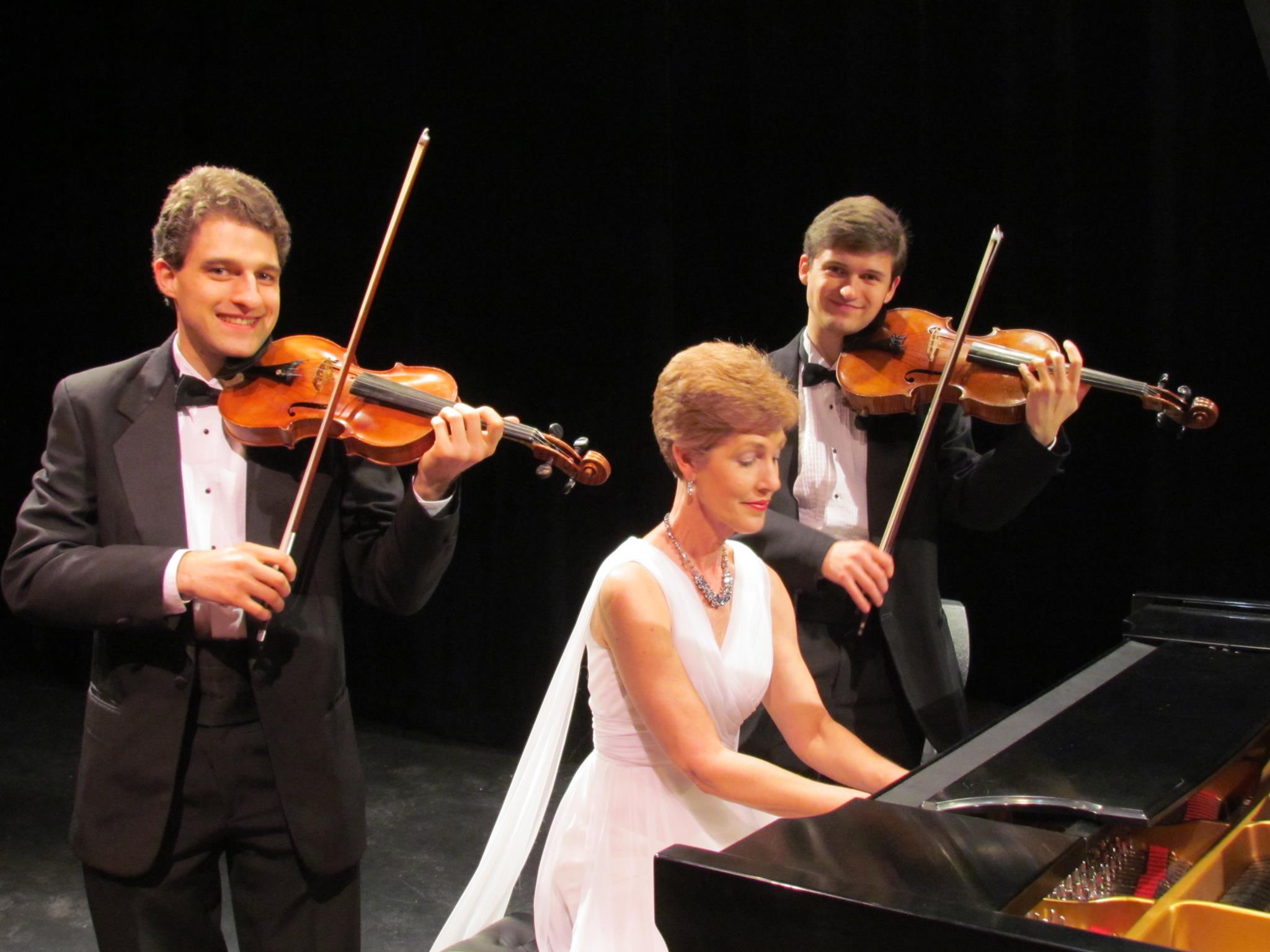 Now in its tenth season, the Rainier Trio is an exciting and energetic group that captivates audiences with gems from the violin-viola-piano trio repertoire. A combination written for since the 17th century, the repertoire includes works by Mozart, Mendelssohn and Milhaud, bridging genres from classical to ragtime and tango.

Hailed as “two perfect virtuosos” at their international performance debut, Kevin and Bryan Matheson of the Classic Strings Duo were received with critical acclaim at their Carnegie Weill Recital Hall début as part of the Ibla Grand Prize competition winners’ tour. The duo has been recognized for its mesmerizing and spirited performances – two perfect virtuosos, playing as one. They have teamed up with pianist Brenda Wittwer, a native of Charlotte, NC. She has been accompanist for Theater Charlotte, Pfeiffer University Concert Choir and Sounds of America, a musical group which toured the 48 contiguous states.

They have performed a series of concerts in Pittsburgh and on the classical radio station WQED with Alex Jones, principal clarinetist of the Pittsburgh Philharmonic. The trio has performed at Musikfest in Bethlehem, Pennsylvania and collaborated with opera singers at the Vocal Arts and Music Festival at Virginia Tech. Their CD was chosen as “CD of the week” by WQED Pittsburgh.

The Classic Strings Duo and Rainier Trio are partially supported by funding from the Virginia Commission for the Arts and the National Endowment for the Arts.