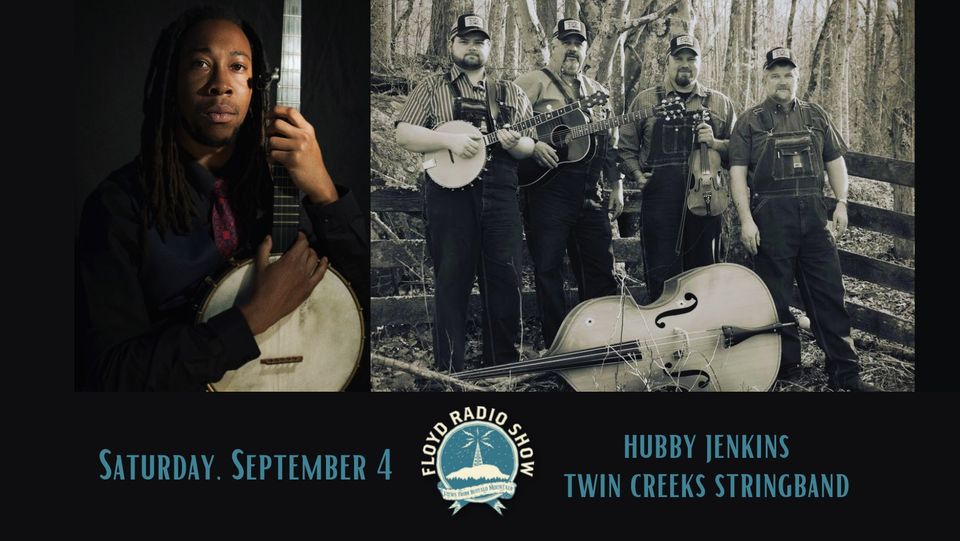 Join us for the premiere of The Floyd Radio Show Season 10 on Saturday, September 4, 2021 at 7:30 pm with hosts Andrew Small & Ashlee Watkins and special guests Hubby Jenkins & Twin Creeks Stringband. Tickets are $15 in advance, $20 day of show. Season passes are also available for $115 (save $20).
About Hubby Jenkins
Hubby Jenkins is a talented multi-instrumentalist who endeavors to share his love and knowledge of old-time American music. Born and raised in Brooklyn he delved into his Southern roots, following the thread of African American history that wove itself through country blues, ragtime, fiddle and banjo, and traditional jazz. Hubby got his higher musical education started as a busker. He developed his guitar and vocal craft on the sidewalks and subway platforms of New York City, performing material by those venerable artists whose work he was quickly absorbing. An ambitiously itinerant musician, he took his show on the road, playing the streets, coffee shops, bars, and house parties of cities around the U.S.
After years of busking around the country and making a name for himself, Hubby became acquainted with the Carolina Chocolate Drops. Since 2010 he has been an integral part of the Grammy award winning Carolina Chocolate Drops and continues to make solo performances.
Twin Creeks Stringband