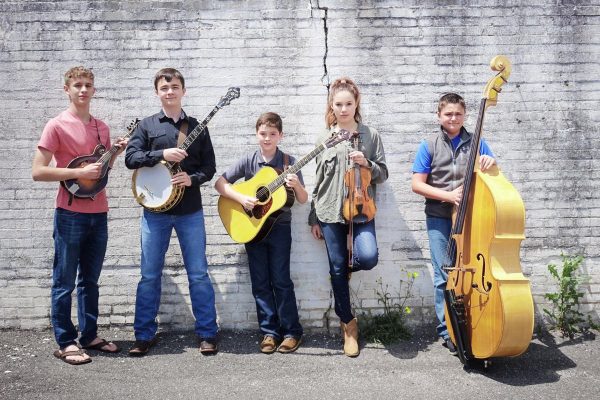 ShadowGrass is comprised of five young players whose paths have crossed to form a love for playing bluegrass music. The band includes Kitty Amaral, fiddle; Presley Barker, guitar; Kyser George, bass; Luke Morris, mandolin and Clay Russell, banjo. All of the members are award winning youth musicians. ShadowGrass is striving to be the next torchbearers to carry on bluegrass music to future generations.

The name ‘ShadowGrass’ was created by the members when they came to realize that they are playing bluegrass music in the ‘shadow’ of such great players as: Bill Monroe, Lester Flatt, Earl Scruggs and other founders of the early bluegrass genre. ShadowGrass has performed at venues such as The Blue Ridge Music Center, HoustonFest, Heartwood, The Crooked Road, The Historic Earle Theater, The Lincoln Theater, The International Bluegrass Music Association Convention (IBMA), and The Society for the Preservation of Bluegrass Music of America (SPBGMA). In 2015, the band was awarded title of the Most Promising Youth Band at the historic Mt. Airy Fiddler’s Convention, and in 2016, the band took first place in the youth competition and 5th place in the adult competition at the prestigious Galax Old Fiddlers Convention. ShadowGrass has been called “one of the most thrilling bluegrass bands to emerge from the musically-rich Crooked Road area in recent memory”