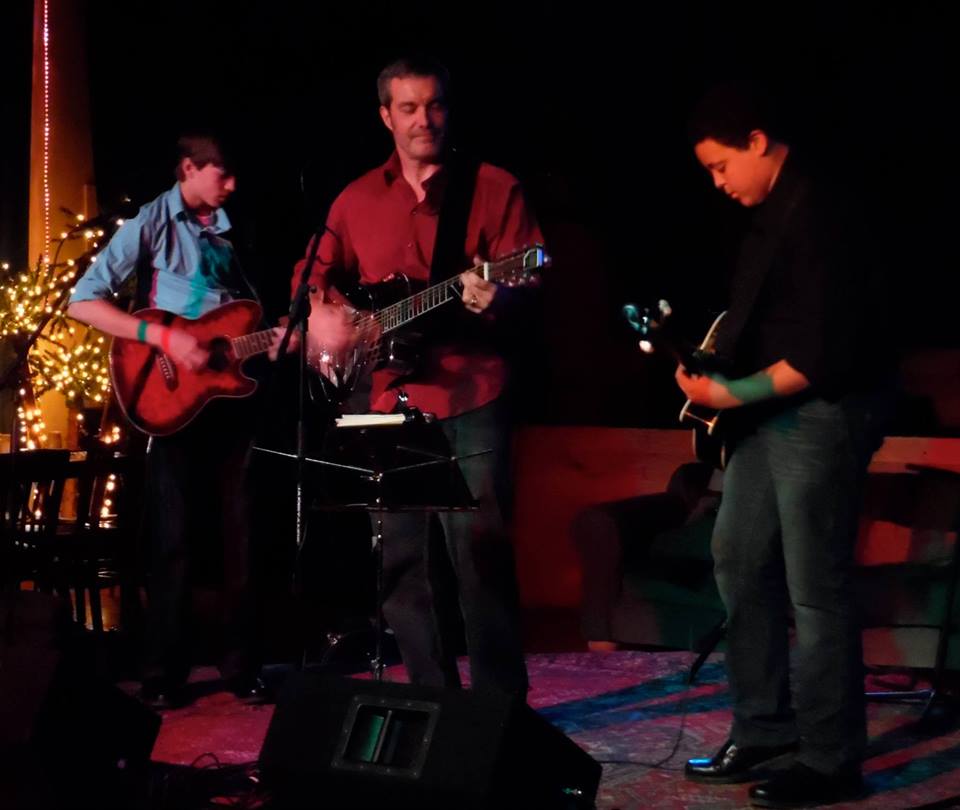 Scott Perry is a musician and teacher from Floyd County, VA. He and his wife live in Floyd County, VA where they raised their sons, dogs, cats, chickens, fruit trees, berry bushes, a vegetable garden and more than a few eyebrows

Dylan Vest, fifteen, started playing guitar at the young age of six under the direction of Scott Perry. He enjoys country, jazz, pop and bluegrass music. Dylan, also known as “Boy Wonder” lives in Copper Hill, VA where he shares his love of music with family and friends at home, church and local venues.

At fifteen years old Jared “Big Sound” Richardson has been playing guitar since he was six. He started with a local teacher and then moved on to Scott Perry. Jared loves playing old rock, country, and jazz. He lives in Willis, Virginia and enjoys playing with the band. Jared got his nick name at a private party performance when he played a loud impressive riff.