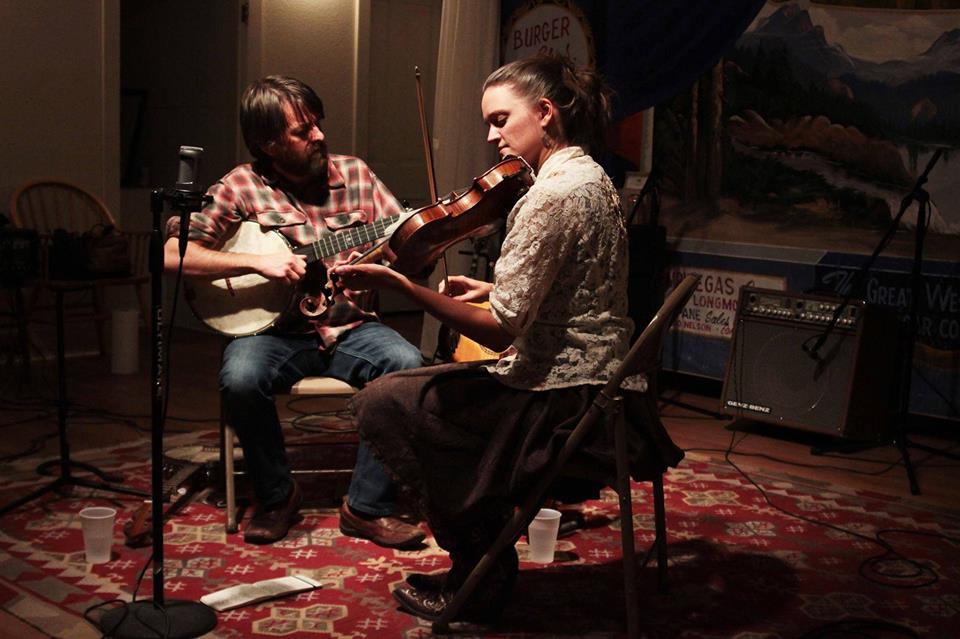 Join us on Saturday, July 1, 2017 from 6:00-8:00pm for ​Down Home Dinner​ with Jason & Gina Dilg​.  Throughout the summer the Floyd Country Store features a Down Home Dinner from our cafe paired with relaxing mountain music. The music is free with regular menu prices for dinner.

Gina and Jason Dilg are based in the rolling hills of Southwest Virginia, and play the foot-stomping dance tunes and old country ballads of the American string band repertoire. Both multi-instrumentalists, they love performing for country dances as much as putting on concerts. These days they can be found performing as both a duo and as part of the Agents of Old Time supporting Fiddling Earl White.

Gina has been steeped in the traditions of the music from the Southwest to the southern Appalachians since she was a young child. Raised in a family of musicians, she developed an affection for the bright, energetic music of these traditions.

Jason is a respected interpreter of Appalachian dance tunes and ballads. He played banjo in the winning band in the traditional band contest at the Appalachian String Band Festival in Clifttop W.V. in 2009; he took first in banjo and third in fiddle the Fiddles and Folklife Festival at Warren Wilson College in the spring of 2005; and played guitar behind fiddler David Bass in the first-place old time band at the Tazewell County Fiddlers Convention in the summer of 2006. He was a member of Colorado’s favorite old-time band High on the Hog, and served as an adjunct faculty banjo instructor for Naropa University