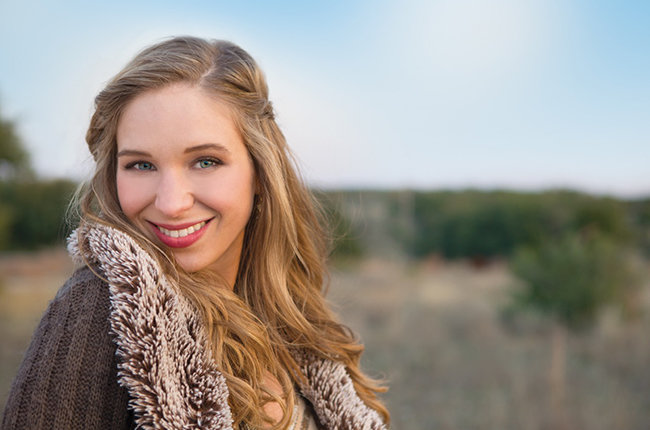 Olvia Lane is a Nashville-based country singer and songwriter who mixes an energetic, pop-infused twang with optimistic, inspirational lyrics. Born and raised in Houston, Texas, she got a taste for performing from participating in community theater and choir as a child, and had early exposure to music as a profession from a singer mom who took her to visit a recording studio in her youth and played music for her by the likes of Linda Ronstadt and Patsy Cline. A driven young Lane started guitar lessons in her early teens and relocated to Los Angeles at 16 to be near an entertainment hub. She began pursuing songwriting in earnest toward the end of high school and went on to study songwriting and theater at the University of Southern California. Her love of the craft and country music prompted a move to Nashville. After settling in the city and arranging collaborations with area songwriters, she prepared a debut EP, Love Thing, which was issued by Big Spark Music Group in 2014. It included the exuberant “Steal Me Away,” which she co-wrote with Lee Thomas Miller (Randy Travis, Brad Paisley) and soon-to-be regular collaborator Ilya Toshinsky. She also began hosting an itinerant Music City live-music showcase for female musicians called Diva Jam, and hit the road in support of Wynonna, Randy Houser, the Marshall Tucker Band, Frankie Ballard, and more. She started recording her full-length debut at Dark Horse Recording Studios in 2015. ~ Marcy Donelson, Rovi