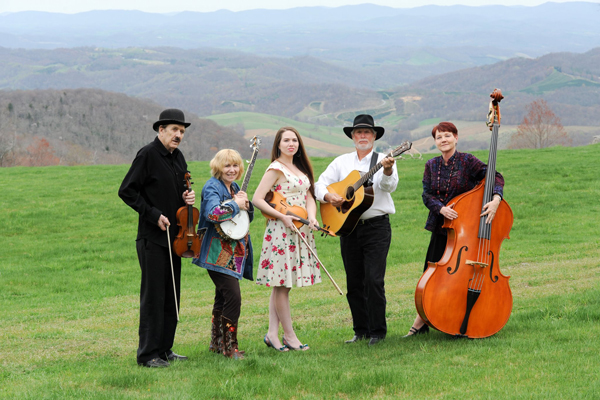 Join us at the Floyd Country Store,  Saturday, October 31, 2015 at 7:30 pm for an Old-Time Dance with The Whitetop Mountain Band.

$5 admission at the door only.

The Whitetop Mountain Band is a family-based band from the highest mountains of Virginia. Whitetop, Virginia is an area rich in the old time music tradition; this band has deep roots in mountain music. The members have done much to preserve the Whitetop region’s style of old time fiddling and banjo picking and are legendary musicians and teachers of the style.

The Whitetop Mountain Band is one of the most popular dance bands of the Appalachian Mountains. They have a great following at square dances all over Virginia, North Carolina, Tennessee, and Kentucky at venues like the Carter Family Fold. The band has also performed at all sorts of venues throughout the United States from festivals to concerts, competitions, and colleges. The Smithsonian Folklife Festival, National Folklife Festival, World Music Institute in NYC, Carter Family Festival, Dock Boggs Festival, World Fair, Virginia Arts Festival, Floydfest, Ola Belle Reed Festival and Merlefest are a few of the many festivals that the band has