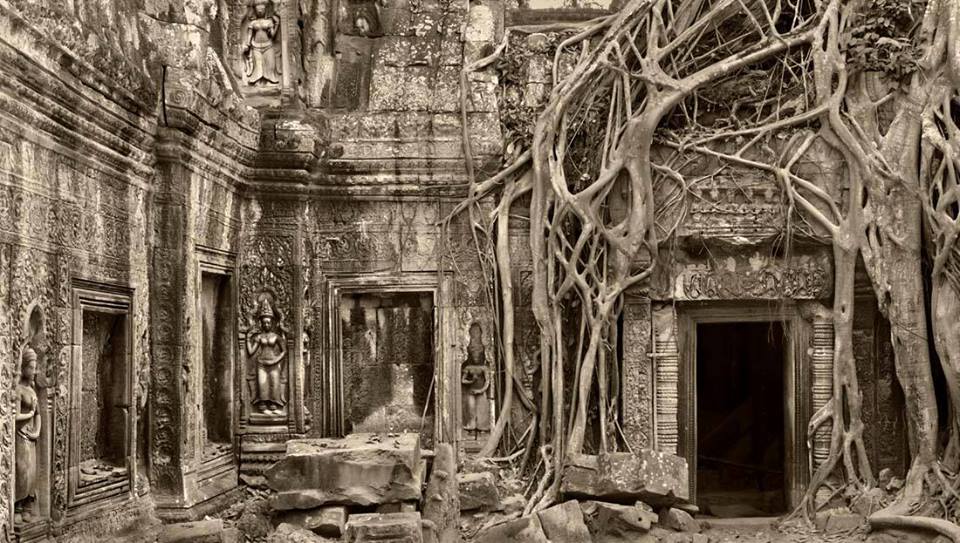 The Floyd Center for the Arts will be showing a curated exhibit of photography from August 11 to October 7 titled “Old Lands, New Visions”. The show will be curated by noted photographer Russ Young. It will exhibit the works of six outstanding U.S. artists hailing from across of the country and feature images from around the globe. An opening reception will be held on August 19th in the Hayloft Gallery from 5 to 7 pm with an oration by the curator at 6pm. Light refreshments will be served

Regarding the selection of the pieces, Young shares a quote by English writer G.K. Chesterton. “The traveler sees what he sees. The tourist sees what he has come to see.” In this exhibition, each photographer has focused on a single country: Cambodia, China, Mexico, Mongolia, Scotland, and the Imagination. These are not your standard tourist pictures– but the country as seen through the eyes and minds of these talented artists.

An opening reception will be held on August 19th in the Hayloft Gallery from 5 to 7 pm, with an oration by the curator, Russ Young, at 6 pm. Free and open to the public, this event will be held simultaneously with the Floyd Plein Air Festival reception and all are welcome.

Tillman Crane has been a photographer and educator since 1978, and was awarded his MFA in Photography from the University of Delaware in 1990. He exclusively prints his images in the platinum/palladium process. Tillman has been in numerous shows, most recently a hundred-print one man show in Beijing, China. Now living in Maine, Crane has published four books and has written numerous articles for photography publications. www.tillmancrane.com

Dennis Carlyle Darling received his MFA from the School of the Art Institute of Chicago in 1972. Dennis came to The University of Texas at Austin in 1981 and is currently the Visual Communication Area head for the School of Journalism. He has participated in more than 150 juried shows and exhibitions, and published several books. Dennis has photographed all over the world and is now completing a mammoth project on Holocaust survivors. www.dennisdarling.wixsite.com/dennis

Kerik Kouklis is a retired environmental geologist who has been a photographer and educator since the 1990s. He has focused on the labor intensive, hand-made processes from the 19th century such as wet plate collodion, gum dichromate and platinum/palladium. A native Californian, he has lived in the north of the state all his life and photographed the landscape there intensively. www.kerik.com

Bill Moretz received his degree at Appalachian State University in painting, but has been a professional photographer for many decades. He is a master camera and lens repairman, and proprietor of PRO CAMERA, a professional camera store in Charlottesville, Virginia. He uses both film and digital cameras to create his artwork. www.procameraus.com/about-bill-moretz/

Charles Palmer is a retired pathologist with a long-standing interest in photography and building harpsichords and fine furniture. Constantly experimenting with emerging technologies, he authored one of the earliest articles (2000) on creating enlarged digital negatives. Charles prints exclusively in the platinum/palladium process. He and his wife have lived in New Mexico for decades.

Ellen Toby Slotnick is a Massachusetts based fine arts photographer who holds a BS degree in photography from RIT. She first honed her skills as an archaeological photographer in the Middle East. Versatile, Ellen is also a classically trained chef and pastry chef. Her focus is on what is left behind when humans vacate a space. www.slotnickphotography.net

The curator, William Russell Young, has a Ph.D. in the history of photography and is also a Fellow of The Royal Photographic Society. Dr. Young has curated national and international photographic exhibitions for almost forty years and began working in the darkroom fifty years ago.

and a cash bar will be on hand. will be This event will be held simultaneously with the Floyd Plein Air Festival reception and all are welcome.