The Nighthawks with Bob Margolin at Dogtown 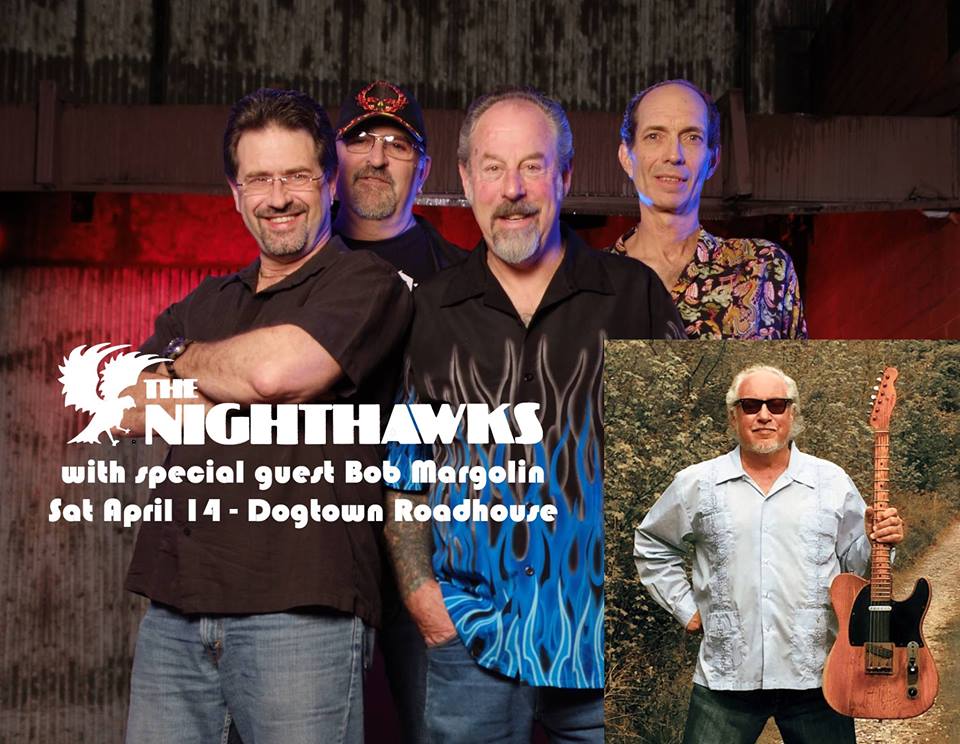 8:30 pm – $10 advance tickets at https://www.townvu.com/dogtownroadhouse/ordering, $12 day of show.
The Nighthawks was an idea in Mark Wenner’s brain long before he was able to implement it. The musical product of pre-1958 radio in Washington, D.C., he did not know there were rules against mixing blues, R&B, honky-tonk country, doo-wop, gospel and rockabilly into one delicious stew. When Mark Stutso (drums, vocals), master of the deep groove, joined The Nighthawks at the beginning of 2010, the 21st-century version of the legendary American roots band was complete. With Paul Bell (guitar) and Johnny Castle (vocals, bass) in the band for nearly a decade, and founding father Mark Wenner (vocals, harmonica) the remaining original, this team outshines all previous incarnations. These boys tear it up! Catch them at their best when they add legendary blues musician Bob Margolin to their lineup on stage. Born in Boston in1949, Bob Margolin played guitar in local Rock and Blues bands until he was hired by Muddy Waters in 1973. He spent 7 years at Muddy’s right side, playing on Grammy-winning albums and in star-studded shows including Martin Scorsese’s classic film “The Last Waltz.” In 1980 Bob started touring with his own band and doing special shows and guest appearances with many well-known artists from the Rock and Blues worlds, especially The Nighthawks. Don’t miss the chance to see The Nighthawks with Bob Margolin at Dogtown, Saturday April 14, beginning at 8:30 pm.