The Moon and You at Dogtown Roadhouse 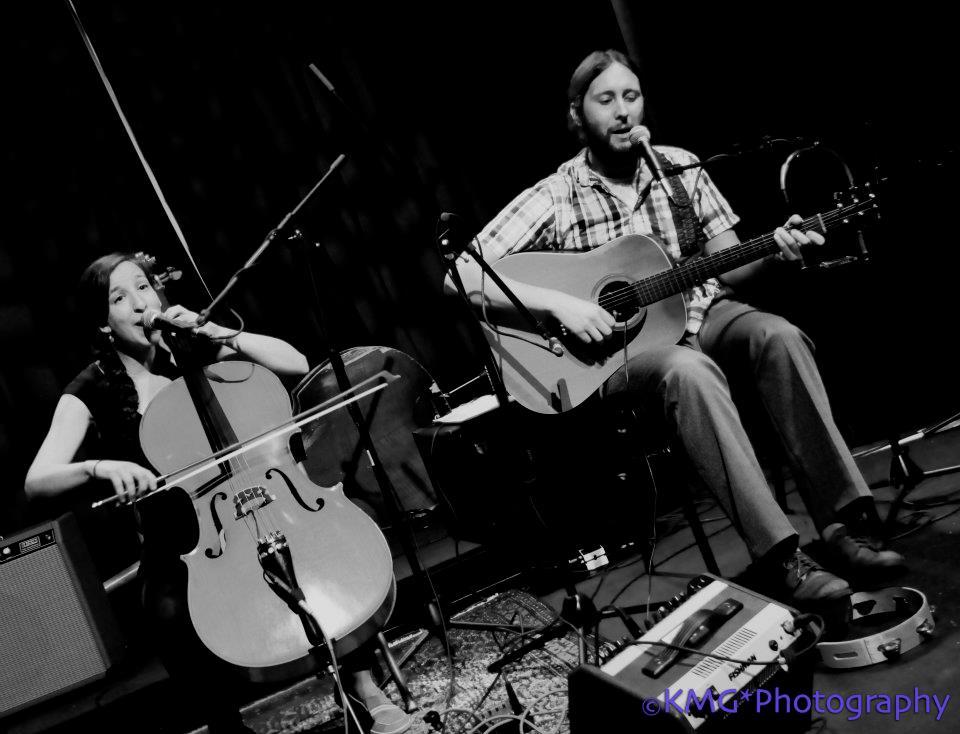 The Moon and You is a touring acoustic duo that “blends cello and guitar to craft folk music with a 1970’s singer-songwriter feel in the vein of Joan Baez or Harry Nilsson. Together they make tender songs that feel like a warm homemade blanket,” says Brian Tucker of the Wilmington Star News Online.

Rooted in the rich music scene of Asheville, NC, Ryan Furstenberg and Melissa Hyman began playing together for fun when both were part of successful bands touring the Southeast. When those bands went their separate ways, the chose to join forces rather than get a job. The result of this collaboration – between an impossibly sassy cellist from New York and a whimsical fingerstyle guitarist from Eastern North Carolina – is hard to forget, but easy to fall for.

Still road warriors, The Moon and You never skipped a beat. They have continued traveling almost nonstop throughout the Southeastern US as well as making increasingly frequent trips northward. They are quickly building a loyal fan base the old-fashioned way. Each The Moon and You concert showcases thoughtful and unusual string arrangements, thought-provoking songwriting, and gorgeous vocal harmonies. It also makes folks laugh, cry and miss their boyfriend in Japan (all claims based on actual audience feedback). The Moon and You keeps fans coming back with passionate and skillful instrumentalism and voices that blend like they were made for one another.