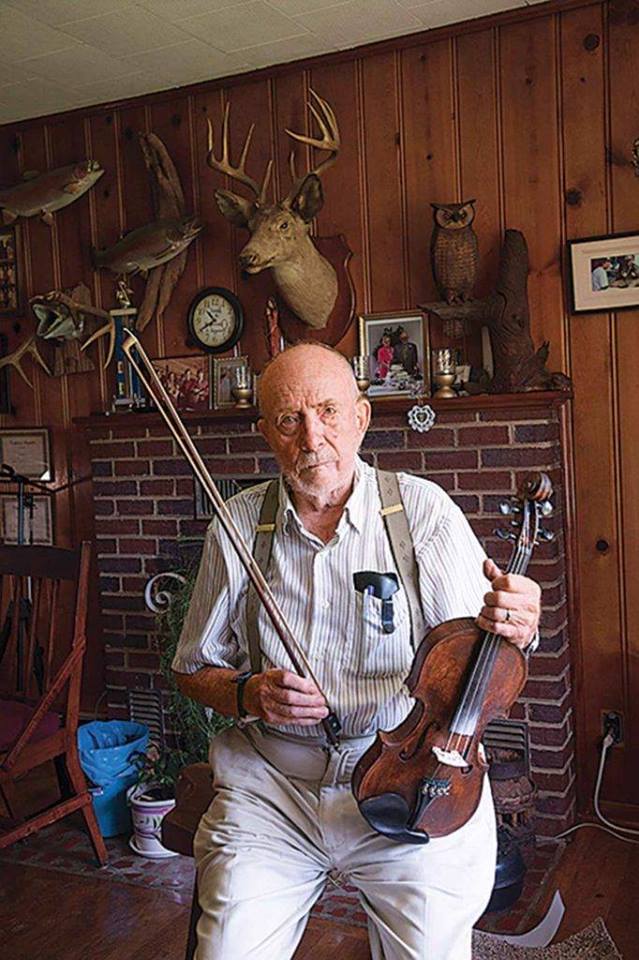 About Arthur Connor: From a Roanoke Times article by Ralph Berrier Jr.: “Conner has produced fiddles so fine, they have been played by the country’s top mu- sicians. George Strait, Lyle Lovett, Joan Baez, Ricky Skaggs and Lucinda Williams are among those whose works have featured an Arthur Conner instrument… Conner once told a group of elementary students, ‘To make a fiddle, you take a piece of wood and cut off what ain’t fiddle.’ … ‘What in the hell are you doing?’ Conner’s brother-in-law demanded to know. ‘I’m making a fiddle,’ Conner replied. ‘Aw, you can’t make a fiddle,’ his in-law said. Conner reflected on that conversation some 45 years and 100 fiddles later, ‘A fella tells you you can’t do something is doing something for you even if you don’t realize it.'”

Mike Mitchell makes his home in Floyd where he is founder and director of the Floyd Music School. His family also owns and operates Mitchell Music, featuring Handmade in the Blue Ridge instruments. Mike has performed and recorded on Conner violins for fifteen years. His students also play Conner violins, and his family store offers them for retail. In the fall of 2012 Mike began his apprenticeship in the violin shop itself, learning Arthur Conner’s method of violin building, so as to continue the tradition. Mike attended the Western Conservatory of Music in London, Ontario and the Dana School of Music at Youngstown State University in Ohio.Meet