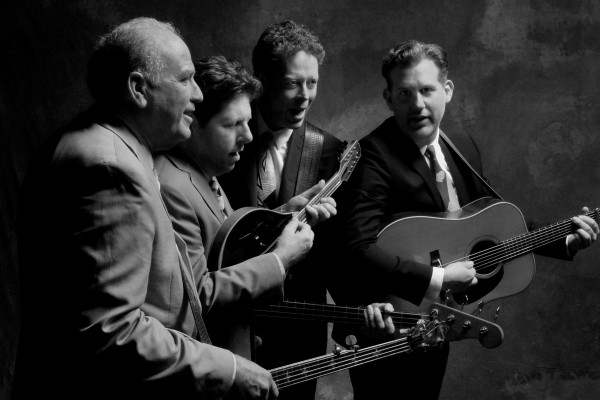 It didn’t take long after Tim O’Brien, Pete Wernick, Nick Forster, and Charles Sawtelle first appeared onstage together in 1978 for the bluegrass music world to realize that the Colorado band, Hot Rize, was something special. And by the time they bowed off the stage as a full-time act in 1990, they’d not only climbed to the top of that world as the International Bluegrass Music Association’s very first Entertainers of the Year, but their stature was recognized across the board, with a nomination for a then-new bluegrass Grammy, a four-star album review in Rolling Stone, tours across four continents, and a legion of up-and-coming, broad-minded young musicians ranging from String Cheese Incident to mando monster Chris Thile learning their songs and singing their praises.

The reasons for the acclaim were, and remain, obvious. Steeped in bluegrass tradition through long hours on the road spent listening to the genre’s giants—their very name was a knowing nod to Flatt & Scruggs’ long-time flour mill sponsor—Hot Rize’s music was and is equally informed by a taste for the music of Leadbelly and Freddie King, swing, old-time Appalachia and more in ways that mirror the broad sweep of Bill Monroe’s influences. And while their respect for tradition was easy to hear (and, thanks to their suits and vintage neckties, easy to see), the fresh elements they brought, whether in Sawtelle’s guitar eccentricities or Wernick’s deployment of an effects pedal on his banjo, were enough to earn them the suspicion of some audience members—and the devotion of many more.