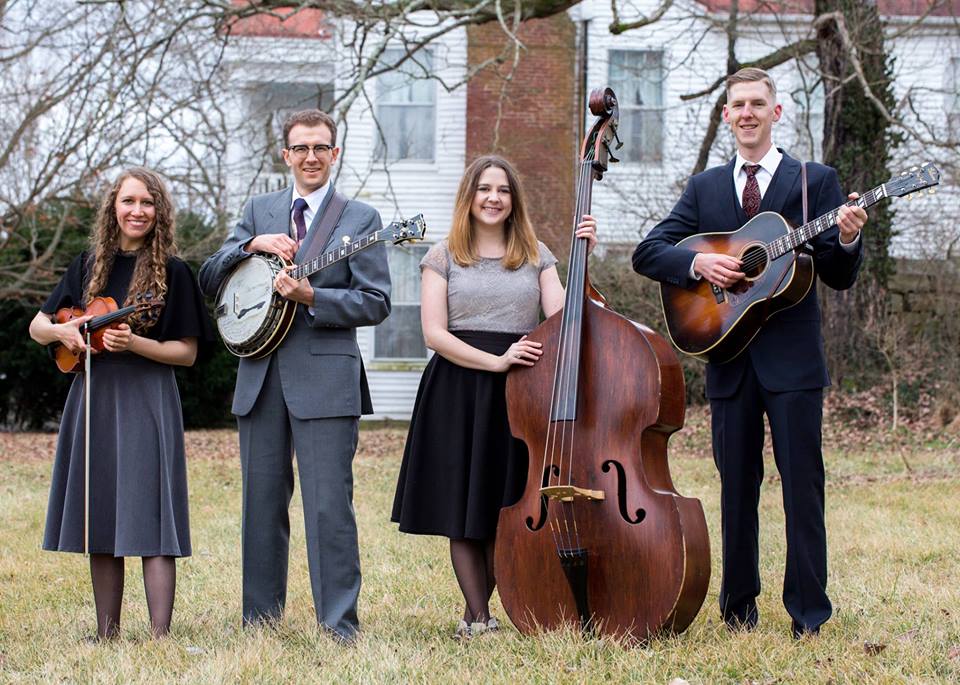 Gina and Jason Dilg are based in the rolling hills of Southwest Virginia, and play the foot-stomping dance tunes and old country ballads of the American string band repertoire. Both multi-instrumentalists, they love performing for country dances as much as putting on concerts.

Gina has been steeped in the traditions of the music from the Southwest to the southern Appalachians since she was a young child. Raised in a family of musicians, she developed an affection for the bright, energetic music of these traditions.

Jason is a respected interpreter of Appalachian dance tunes and ballads. He played banjo in the winning band in the traditional band contest at the Appalachian String Band Festival in Clifttop W.V. in 2009; he took first in banjo and third in fiddle the Fiddles and Folklife Festival at Warren Wilson College in the spring of 2005; and played guitar behind fiddler David Bass in the first-place old time band at the Tazewell County Fiddlers Convention in the summer of 2006. He was a member of Colorado’s favorite old-time band High on the Hog, and served as an adjunct faculty banjo instructor for Naropa University.

Many folks remember the great bluegrass records from the 1950s and ‘60s. The power and soul of that music has won the hearts of people across the globe. Few bands have come along in recent years that directly draw their influence from that classic era of the music’s history. High Fidelity is a rising group whose love and devotion to that music is unsurpassed. The name alone says it all: HIGH FIDELITY. How many record albums have you seen from the ‘50s and ‘60s that bear those words? Herein lies the heart of what this group of young performers is all about.

High Fidelity formed in early 2014, and they received their first achievement in February 2014 when they took first place in the International Band Championship at the 40th Annual Society for the Preservation of Bluegrass Music of America (SPBGMA) Awards. Their brand new debut record, which was recorded live and in one room with minimal isolation, has been
critically acclaimed.

The band consists of four stellar musicians and singers who are steeped in the sounds of tradition and outstanding in their field. Jeremy Stephens is the banjoist and lead vocalist for the group. He has worked as banjo player with the Lilly Brothers, guitarist and singer for the world famous gospel group The Chuck Wagon Gang, multi-instrumentalist on the television show Ray Stevens’ Nashville, and most recently as a banjo player and singer with Jesse McReynolds & the Virginia Boys. Corrina Rose Logston is the fiddler and first harmony vocalist. She has worked as fiddler and singer with a who’s who of today’s traditional-based bluegrass performers, including David Peterson & 1946, Jesse McReynolds & the Virginia Boys, Chris Henry & the Hardcore Grass, and Jim Lauderdale. Daniel Amick handles the guitar duties and second harmony vocals. He has won numerous contests and has worked most recently with Kody Norris & the Watauga Mountain Boys and Kenny & Amanda Smith. Vickie Vaughn is the bassist for the group. She has worked in recent years with Patty Loveless, The David Mayfield Parade, Valerie Smith & Liberty Pike, and she also fronts her own group, The Vickie Vaughn Band.

High Fidelity draws much of their inspiration from bands like Don Reno & Red Smiley, The Stanley Brothers, The Louvin Brothers, Jim & Jesse, and a host of lesser known regional artists from the same era. Many have described them as the new Johnson Mountain Boys, interpreting classic era bluegrass through the fresh, young perspective of today’s generation. Maybe it is this quality that makes High Fidelity so warmly received and widely loved by every audience they perform for – both by the grandparents and the grandchildren.