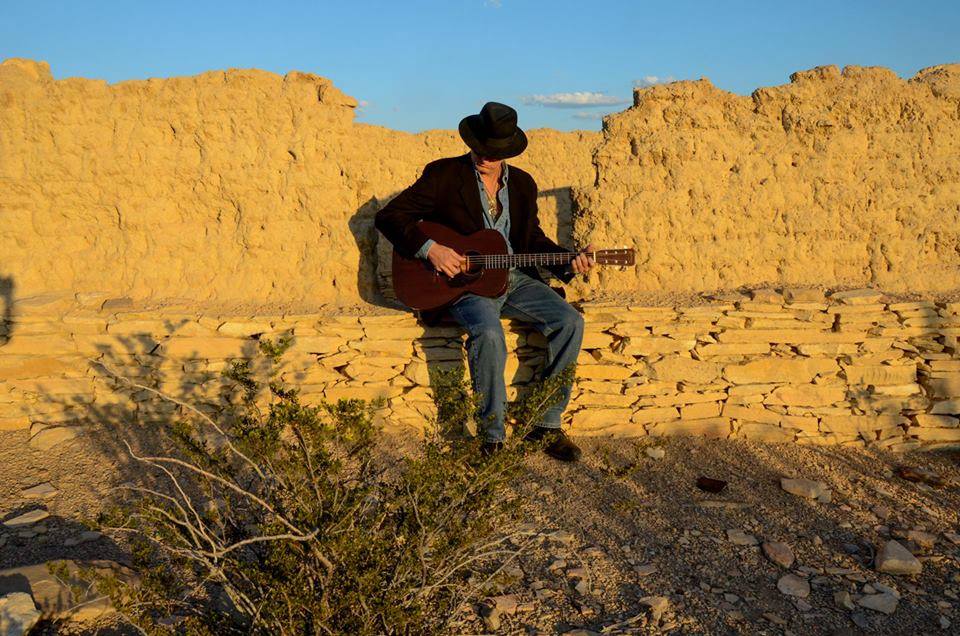 A self described “Jersey Shore Ex-Pat turned West Texas Desert Rat”, Hank Woji played for over 20 years in some of the Jersey Shore’s most dynamic and innovative bands: as bass player with Sonny Kenn & The Wild Ideas, Jah Love & The Survivors, Blue Gumbo and Kombo Zoom; and later playing Brazilian percussion with M’Zume Carnaval.

In the Spring of 2001 Hank moved to Houston, TX, fell in with a bunch of great Texas songwriters, picked up his guitar again and found his new musical voice as a singer/songwriter. But it was his chance move, in 2009, to the far West Texas desert town of Terlingua that has most reshaped his life and his music.

Critics have described Hank’s music as being “…in the best tradition of the Texas troubadours like Guy Clarke, Townes Van Zandt and Butch Hancock…” and “…a rich combination of elements of folk, blues, R&B and country…” and that “…His troubadour style also comes very close to the style of Woody Guthrie or Pete Seeger, or as we heard on ‘Nebraska’ from Bruce Springsteen…”