The Get Right Band @ Dogtown Roadhouse 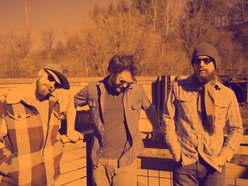 One of Relix Magazine’s “On The Verge” picks, THE GET RIGHT BAND is “hip-shaking, earthquaking pure funk fun” (The Alternate Root). Combining catchy, clever songwriting with musical expertise and fearless improvisation, the live show promises to make you shake everything you’ve got. From funk to rock n’ roll to reggae, this is a dance party. This is an ass shaking good time.

The band is built on the musical brotherhood that guitarist/vocalist Silas Durocher and bassist Jesse Gentry have formed playing music together since middle school. With the addition of JC Mears, a powerful and dynamic drummer, the group’s sound has become an unstoppable force. The Get Right Band has been touring the East Coast and the Caribbean heavily since their inception in April, 2011. The band has rocked hard and jammed relentlessly every step of the way. Don’t miss this perfect antidote to the winter blahs – come out and party at Dogtown!