The Get Right Band at Dogtown Roadhouse 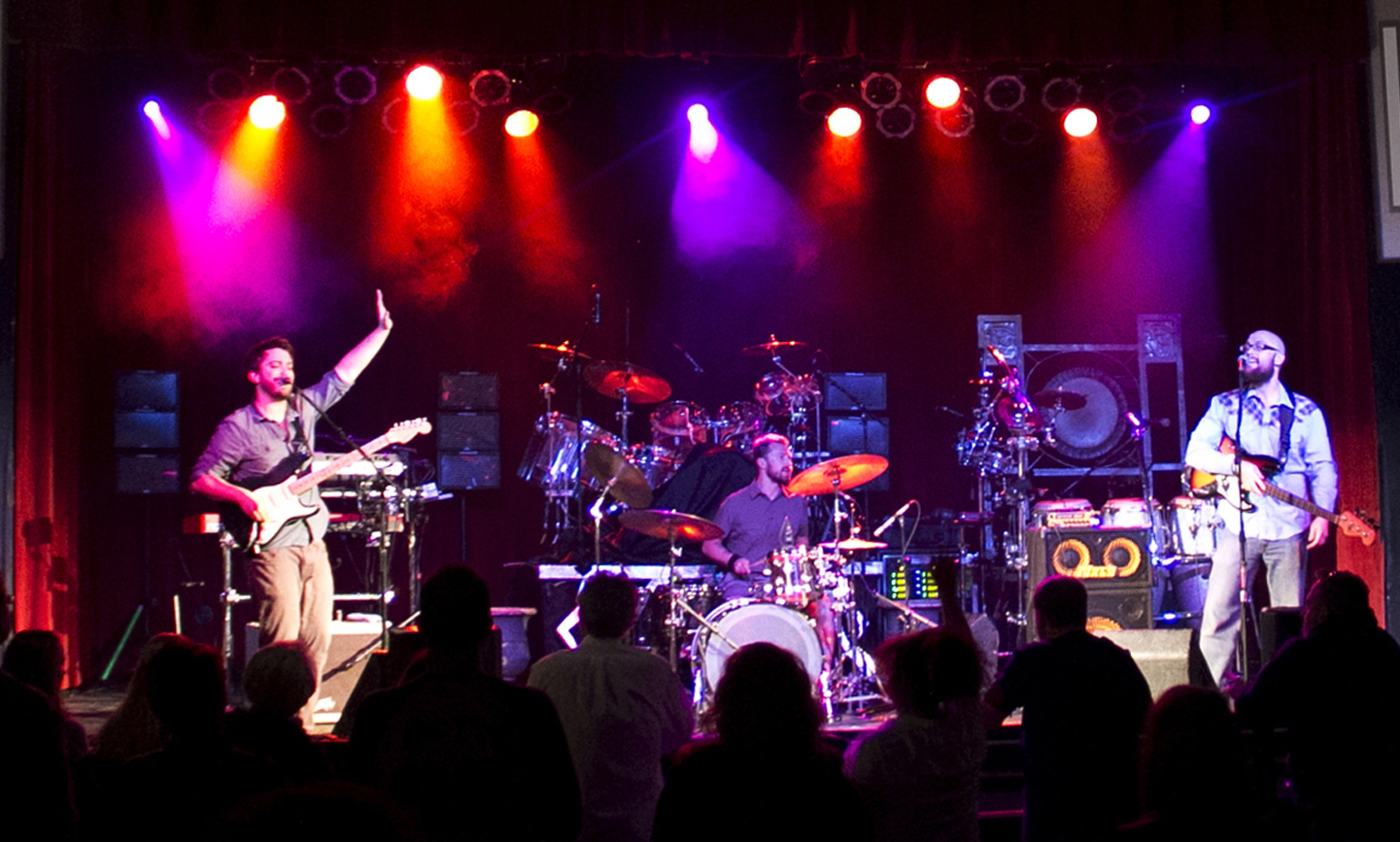 One of Relix Magazine’s “On The Verge” picks, THE GET RIGHT BAND is “hip-shaking, earthquaking pure funk fun” (The Alternate Root). Combining catchy, clever songwriting with musical expertise and fearless improvisation, the live show promises to make you shake everything you’ve got. From funk to rock n’ roll to reggae, this is a dance party. This is an ass shaking good time.

“The Get Right Band is a three-piece with the musical energy and power of The Police,” says Rock and Roll Hall of Famer and legendary Lynyrd Skynyrd drummer Artimus Pyle, who’s son Chris Pyle was a founding member of the group. The Transylvania Times writes that GRB “takes the stage with a palpable sense of energy.”

The band is built on the musical brotherhood that guitarist/vocalist Silas Durocher and bassist Jesse Gentry have formed playing music together since middle school. With the addition of JC Mears, a powerful and dynamic drummer, the group’s sound has become an unstoppable force. The Get Right Band has been touring the East Coast and the Caribbean heavily since their inception in April, 2011. The band has rocked hard and jammed relentlessly every step of the way.

The Get Right Band’s debut CD, Shake, was released in February, 2013. Hittin’ The Note Magazine says the disc is “fun, full of energy and excitement, and should be listened to with the volume turned all the way up.” The rock n’ roll album features stripped down but creatively layered and produced performances of the band’s original tunes. It’s “groove with rock melodies built on funk attitudes,” says The Mountain Xpress. From the seductive blues of “Voodoo Doll” to the dance party vibe of “Chromaticize” to the Caribbean influenced “Touch The Holy,” (inspired by the band’s Caribbean tours) Shake’s “impressive stylistic range manages to all fit within the band’s distinctive image” (WNC Magazine). The Grateful Web writes that the disc is a “tasty mix of hip-swinging selections that leaves the listener thirsty for more.”