The Fractal Cat at Dogtown 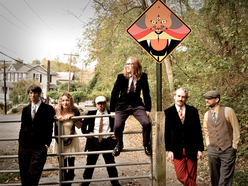 Fractal Cat formed in late 2011 out of the efforts of Baltimore songwriter Miles Gannett, while recording on his own in a home studio. The former guitarist for Telesma had released several singles before rounding up “a group of friends” to finish an album and form a band that could reproduce the rich studio sounds live.

Inside World Music hailed the debut album, describing the single “Some Angel” as “one of the best songs composed in any genre or era—bar none.” What Weekly magazine added that “if you enjoy fearlessness, tunefulness, and joy, this is the record for you.”