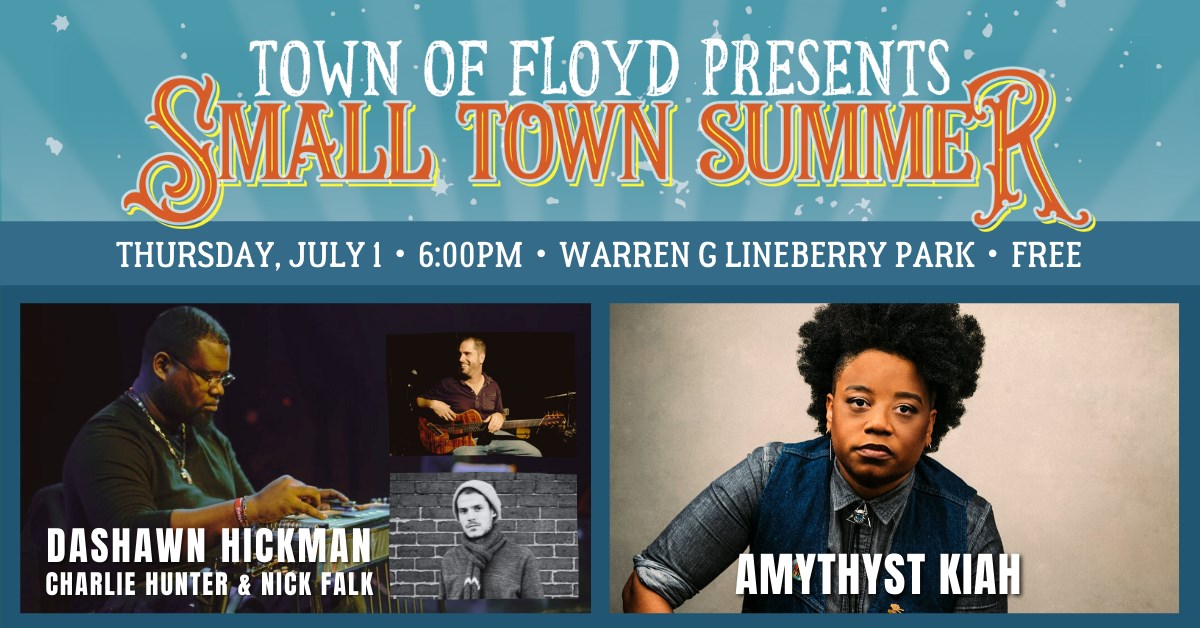 With an unforgettable voice that’s both unfettered and exquisitely controlled, the Tennessee-raised singer-songwriter expands on her uncompromising artistry. Her standout song “Black Myself” earned a Grammy nomination for Best American Roots Song and won Song of the Year at the 2019 Folk Alliance International Awards.

When combined with the transcendent quality of her elevated sound, what emerges is an extraordinary vessel for Kiah’s songwriting: a raw yet nuanced examination of grief, alienation, and the hard-won triumph of total self-acceptance.

We’ve pulled together some of our favorite regional players to play an inspirational set of music. DeShawn Hickman plays sacred steel music.

Sacred steel uplifts its listeners. Beyond the church, sacred steel has grown popular thanks to the likes of Robert Randolph, the Campbell Brothers and Calvin Cooke. Hickman will be joined by Charlie Hunter on guitar, whose mindboggling guitar technique has garnered him fans around the world, critical acclaim and recordings with some of the most prestigious names in jazz and pop and to round it all out, Nick Falk on drums. Nick is a drummer and music producer living in Galax, VA who performs with Molly Tuttle, Dori Freeman, and The Wood Brothers. Three of the most creative musicians from North Carolina and Virginia come together to warm up the audience before Amythyst Kiah!