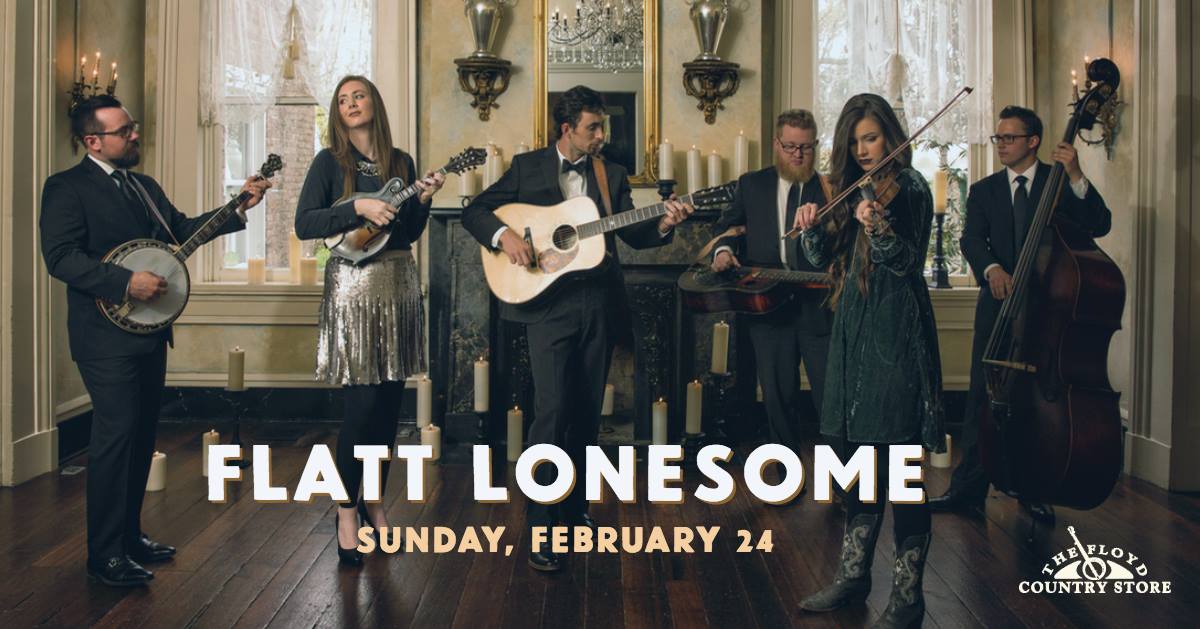 Biography
FLATT LONESOME is a young, new group of pickers fresh to the scene. While deeply-rooted in bluegrass music’s historic classics, they also have an energetic flair for country sounds, progressive jams, and soul-stirring gospel music while never forsaking their traditional essence. If you love high lonesome harmony, soaring sibling vocals and powerful bluegrass music, then you will love FLATT LONESOME!

FLATT LONESOME was born from the Robertson family’s bluegrass gospel band, Sandy Creek Revival. Pastor Dolton Robertson, his wife Lisa, and their three children Kelsi, Buddy, and Charli began playing as a group just a few years ago because of their love of bluegrass and the desire to play music together as a family. This quickly grew into a passion for the Robertson children with a great longing to travel, write, and record. So, in January 2011, Kelsi, Charli and Buddy teamed up with friends Dominic Illingworth, Michael Stockton, and Paul Harrigill (who is now married to Kelsi as of September 21, 2012) and became FLATT LONESOME. In February of 2011, the band entered the SPBGMA International Band Championship in Nashville, TN and placed 3rd – not bad for the band’s very first time on stage! To commemorate the band’s first anniversary in 2012, they once again entered the SPBGMA Band Championship where they were awarded 1st place! What a way to celebrate!

FLATT LONESOME has performed at many exciting places during their short time together as a band. Some of those highlights include performances at: Joe Val Bluegrass Festival (Boston, MA), California Bluegrass Association Festival (Grass Valley, CA), Silver Dollar City (Branson, MO), Summergrass (San Diego, CA), IBMA FanFest, The Grand Ole Opry’s 87th Birthday Bash, and The World Famous Station Inn (opening for friends and label-mates, The Grascals). Also, while performing with their friend and mentor, Barry Waldrep, the band has played Music City Roots where they received a thunderous standing ovation and garnered many new fans as well as opening for Marty Stuart and having Zac Brown join them on stage while performing in Georgia.

FLATT LONESOME loves to mentor and teach kids and has done so while instructing at kid’s bluegrass camps at Summergrass (San Diego, CA), the Wabash River Bluegrass Camp (IL), and various workshops. The individual band members also give private lessons as well.

In August of 2012, FLATT LONESOME signed a recording contract with Pisgah Ridge Records (a division of Mountain Home Records) and with much excitement recorded their very first CD. The self-titled recording was released on January 29, 2013 and has been one of the highlight bluegrass recordings of the year, hitting the radio charts on more than one occasion. Flatt Lonesome has recently signed with Mountain Home Records for their latest release (July 2014), Too. This September, they won the 2014 IBMA Emerging Artist of the Year Award in Raleigh, NC.

Although, FLATT LONESOME is a young band (both age of the band and it’s members), you won’t find six people with more desire, dedication, and determination. When you add that to three incredible lead singers, magical harmony, and impeccable musicianship – well, you’ve got FLATT LONESOME!