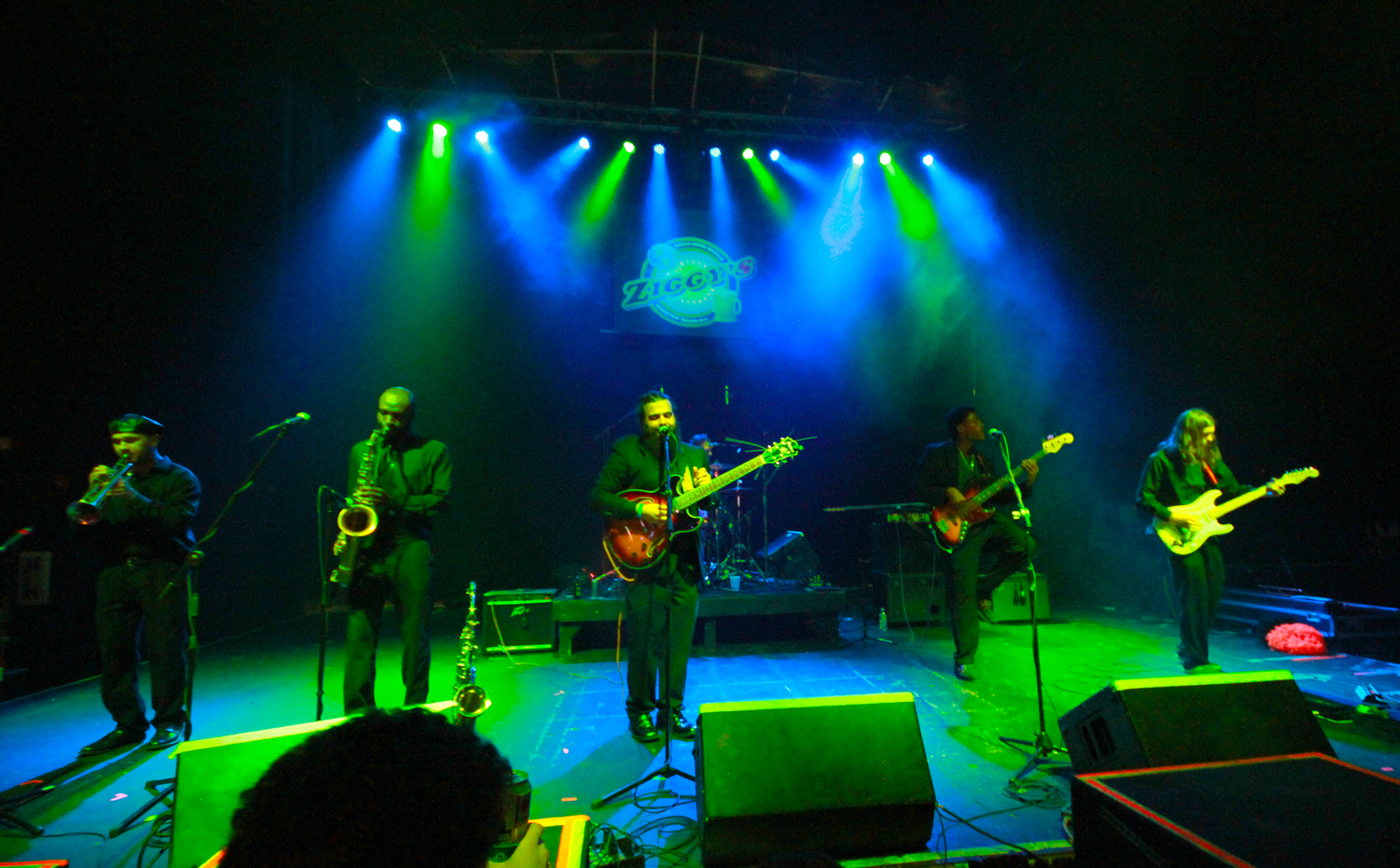 Fat Cheek Kat is a funk/roots band out of Winston-Salem, NC, known for its rockin’ live shows, fun-loving stage presence, and down-to-earth vibe. While the band has been likened to a fusion between artists such as Galactic, Blues Traveler, and Ray Lamontagne, it is constantly evolving soulful, groove-based sounds all its own. Whether Fat Cheek Kat is getting down with one of frontman Andrew Lazare’s originals or putting a unique spin on one of many great covers, for the audience the party never stops.

Winning the Clubhouse/Ziggy’s Bands of the Bands in Greensboro, NC, this past February has established the band as one of the Triad’s hottest new live acts. Since its inception in the summer of 2011, the band has become a favorite at many of the Piedmont’s notable venues, and are delighting funk-loving audiences everywhere they perform.