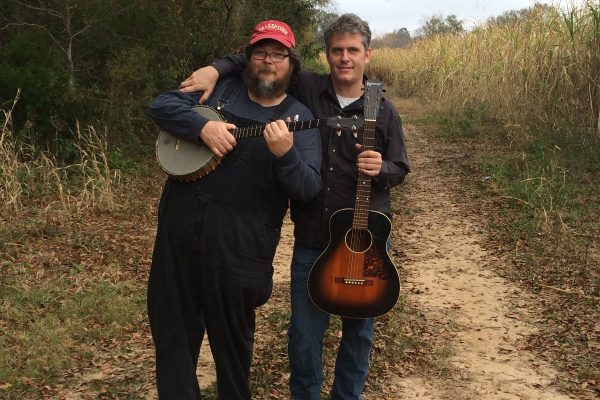 In addition to acclaimed releases on Rounder Records,Dirk Powell has recorded and performed with artists such as Loretta Lynn, Sting, Jack White, Levon Helm, Jewel, T-Bone Burnett, Ralph Stanley, and Linda Ronstadt. His ability to unite the essence of his culture with modern sensibilities has led to work with many of today’s greatest film directors, including Anthony Minghella, Spike Lee, Ang Lee, Victor Nuñez, Steve James, and Edward Burns. His live performances of powerful Appalachian music have inspired audiences across the globe in a wide variety of venues. Dirk Powell displays a vibrant creative energy that crosses many boundaries while remaining grounded in the rural traditions of his heritage. His formal musical training, deep-running roots, and dedication to self-expression as a necessary part of life combine to make him one of the most important artists in America today.

Riley Baugus is a North Carolina native who began singing and playing music at an early age. Raised in a household where recordings of old-time music were often played, he developed a love and appreciation for traditional, Southern Appalachian music. He and his family attended the Regular Baptist church, where unaccompanied singing was the tradition. Riley began playing the fiddle at age 10, but soon after switched to playing the guitar. By the time he was 12, he and his father built a banjo from scrap wood and he once again began to learn another instrument. Riley began honing his musical skills with close friend and neighbor, fiddler Kirk Sutphin, by visiting elder traditional musicians in and around Grayson County, Virginia and Surry County, North Carolina. He often visited, played with, and learned from fiddlers Tommy Jarrell (a National Heritage Award recipient) and Robert Sykes and from banjo player Dix Freeman. His singing is featured on the soundtrack to the Academy Award winning film Cold Mountain.