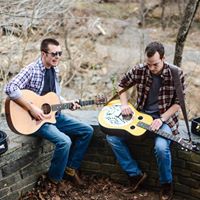 Crawford & Power is an Alternative Country band that originated in Franklin County, Virginia. After meeting in the early months of 2014 and sensing common ground in their stylistic direction, Crawford and Power began playing shows together throughout Virginia. After numerous successful shows and opening for acts like Jerry Douglas and Chris Knight, the duo began regionally gigging the southwest Virginia circuit