Christiane & The Strays at Dogtown 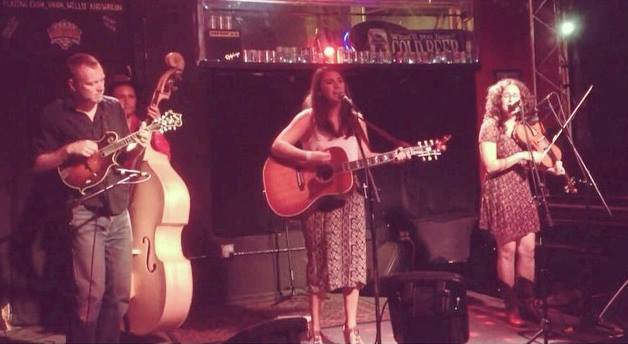 Christiane grew up listening to classic bluegrass and country music, but when her grandfather taught her basic guitar chords at the age of 14, her interest in songwriting grew. As a teen, pop-punk interested her far more than the music she was raised on. But as her music and songwriting grew, bluegrass started coming back into her realm of interest, along with interests in classic rock and motown, alternative rock, and neo-soul. Citing her two biggest songwriting influences as Dolly Parton and Amy Winehouse, the range of her musical interests makes it hard to confine her music to any one genre.

Now playing with The Strays: Josh Kearns on mandolin and Rachael Kearns on fiddle, the music takes traditional bluegrass and turns it on his head. Christiane’s voice reads more Norah Jones than Alison Krauss, with lyrics and rhythms that convey anger as much as heartbreak.