Bill and The Belles with The Farmer & Adele 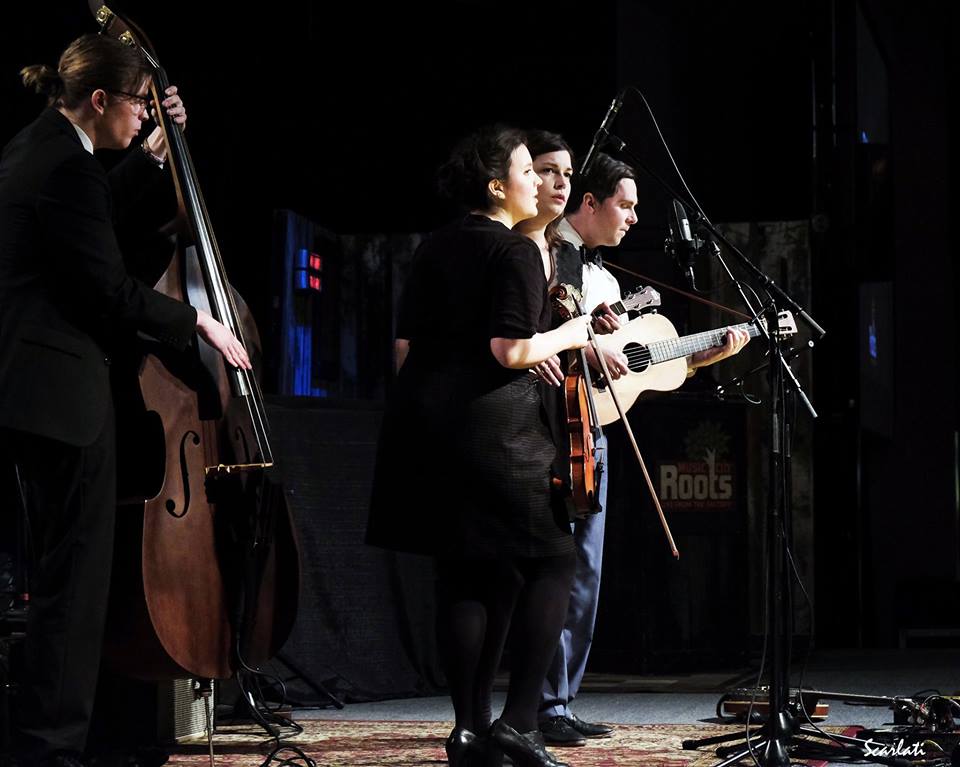 With striking three-part harmonies and masterful instrumentation, Bill & the Belles skillfully breathe new life into the sounds of early country music. At the foothills of the Blue Ridge and the forefront of old-time music, Bill & the Belles (Johnson City, Tennessee) continue to further the music traditions of their region. From sentimental Southern ballads to the popular songs of Tin Pan Alley to regional fiddle breakdowns, a Bill and the Belles show is a celebration of the diversity country music once represented.

Meet the Farmer & Adele! Bringing you Country Western Cowboy + Cowgirl Swing and High Lonesome Sounds! The band has completed a brand new album featuring the legendary Country Western group, Riders in the Sky, titled Into the Wide Open Sky. The album features the lighthearted songbird Grace Adele, and her musical partner Keenan Wade, on a collection of country-western originals and covers.