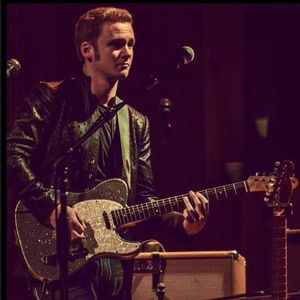 “Carrying on the tradition of the legendary Merle Haggard”… A grandstand show celebrating the 10th anniversary of the Floyd Livestock & County Fair. Please bring lawn chairs or blankets for seating food and drink available – Beer Garden available for 21+. No coolers – no pets – rain or shine

The incredibly musically talented family of the legendary Merle Haggard are carrying on that legacy with a limited number of tour dates in 2016 as they hit the road with Merle’s legendary band, The Strangers!

The tour makes a stop at beautiful Chantilly Farm in Floyd, Virginia on Saturday, September 17 in an outdoor concert celebrating the tenth year of the Floyd Livestock and County Fair! If you’re a fan of the very best in country music, then this is one show you will not want to miss!

23 year old, Ben Haggard is Merle Haggard’s youngest son and lead guitarist for Merle’s band, The Strangers. Ben started learning guitar at 11 years old then later took the stage with his dad at the young age of 15. Making it a family affair, Ben toured with his father and mother Theresa Haggard traveling across the country about every month. Ben plays on a multitude of Merles records and took the stage with “The Highway Men” on the Grammys in 2014. Ben has also played guitar for the “All For The Hall” show in 2012 where he played beside a couple of his idols, Vince Gill and Keith Urban.
The young country legends son likes to spend his down time pickin’ guitar and also enjoys singing. Currently, Ben has released two songs on a tribute album to his father; Merle called, “Tribute to Merle Haggard” by various hit country artists, on the record Ben sings “Mama Tried and “Sing Me Back Home”. The young Haggard recently made a teleivised apperance at “The American Country Countdown Awards” with The Stranger and Toby Keith to pay tribute to Merle since his passing.

Currently, Ben Haggard tours with his older brother Noel Haggard countinuing their fathers legacy by paying truibute to their father, singing his songs and playing the dates Merle had planned before his passing. The Haggard brothers have recently opened for Willie Nelson and have upcoming shows with Jamey Johnon and The Oakridge Boys. Bens biggest musical influences are Reggie Young, Roy Nichols, Grady Martin, John Mayer, Danny Gatton and Red Lane .

Tickets are on sale now, so save big by getting yours today!

No pets. No coolers. Rain or shine.

Beer garden available for attendees who are 21+

Chantilly Farm is located at 2697 Franklin Pike in Floyd, VA