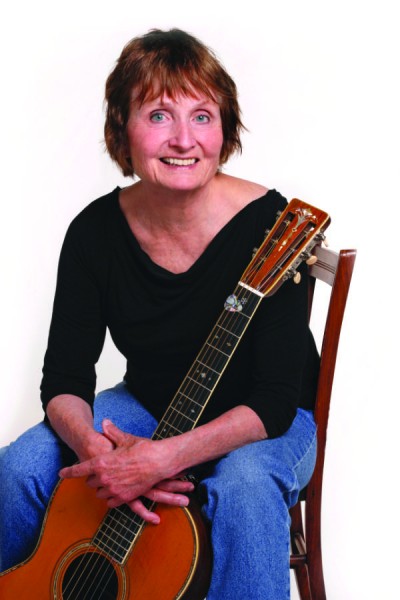 Join us Saturday, April 23, 2016 at 7:30 pm for grammy nominated singer, songwriter, and instrumentalist Alice Gerrard in concert with Mac & Jenny Traynham. Tickets are $10 online at at the store.
About Alice Gerrard

Alice GerrardSimply put, Alice Gerrard is a talent of legendary status. In a career spanning some 50 years, she has known, learned from, and performed with many of the old-time and bluegrass greats and has in turn earned worldwide respect for her own important contributions to the music.

Alice is particularly known for her groundbreaking collaboration with Appalachian singer Hazel Dickens during the 1960s and ’70s. The duo produced four classic LPs (recently reissued by Rounder on CD) and influenced scores of young women singers — even The Judds acknowledge Hazel and Alice as an important early inspiration.

Alice has appeared on more than 20 recordings, including projects with many traditional musicians such as Tommy Jarrell, Enoch Rutherford, Otis Burris, Luther Davis and Matokie Slaughter; with Tom Sauber and Brad Leftwich as Tom, Brad & Alice, with the Harmony Sisters, the Herald Angels, Beverly Smith, and with Anna R-g and Elizabeth LaPrelle. With her in-depth knowledge of mountain music, she has produced or written liner notes for a dozen more. She also co-produced and appeared in two documentary films.

Mac and Jenny TraynhamMac and Jenny Traynham are a husband and wife duo who specialize in the early country duet style of singing and playing old-time country and mountain music. They draw their repertoire from a wide variety of sources from the Appalachian mountains of Virginia and beyond.