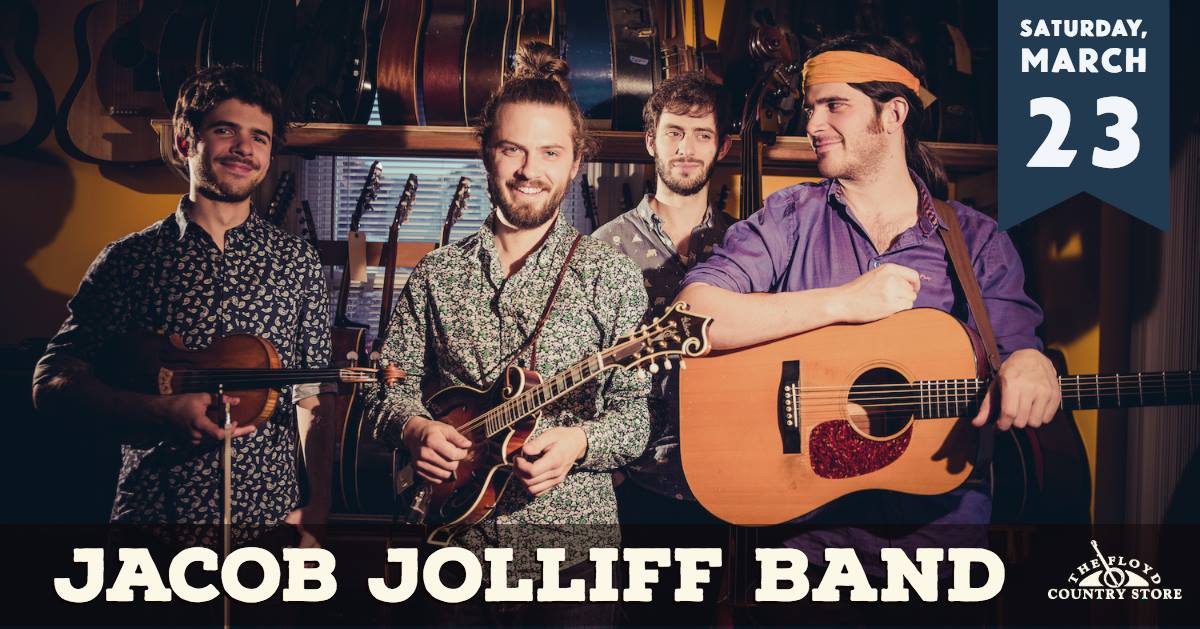 The Jacob Jolliff Band is the next generation of bluegrass supergroups, led by one of the country’s premier contemporary bluegrass mandolinists.

The ensemble features some of the most virtuosic and innovative young pickers in the country, including Jolliff’s long-time partner-in-crime, Alex Hargreaves, on fiddle. Considered one of best improvising violinists in the world, Hargreaves is the winner of The Grand Masters Fiddle Championship and The National Oldtime Fiddlers’ Contest. He is also a member of the Turtle Island String Quartet. On guitar is bluegrass upstart Stash Wyslouch, founder of The Deadly Gentleman and current member of The Stash! Band and the Bruce Molsky led Molsky’s Mountain Drifters. Bassist Jeff Picker was a staple of the Portland jazz scene before relocating to NYC. He now currently performs with bluegrass phenom Sarah Jarosz and Ricky Skaggs. (band lineup may be subject to change pending availability)

Jacob Jolliff continues to tour extensively with Yonder Mountain String Band year round, assembling his namesake band when he and his members’ relentless touring schedules permit, for rare, not to to be missed performances.